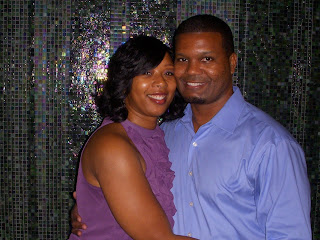 Today my husband and I celebrated our 16th wedding anniversary. We met as young, ambitious individuals back in 1993. We were optimistic, in-love and CLUELESS. We knew that we loved each other, but over the past 18 years, we’ve realized that love is simply not enough. We’re ever-learning how to dwell with one another according to knowledge, how to honor and respect each other’s differences and how to love one another in the way we want to be loved.
In the wake of a mass exodus of marriage, we are more committed than ever to, not only make our marriage work, but enjoy each other in the process. LOL! I am grateful for how we’ve grown as individuals and as a couple and look forward to this next phase in our lives as we enter into another decade together.
It is with much passion and commitment that I embarked on the journey of the Marriage Ain’t for Wimps! Ministry. I’ve come to know and want to share with others that marriage is, indeed, a commitment of wills. It is a covenant that should not be taken lightly and it definitely AIN’T FOR WIMPS!
Here’s to many more years of marriage!
Blessings,
Tangie
Posted by Unknown at Friday, June 24, 2011 8 comments:

Sometimes You've Got to Play Hurt

This same mindset can be applied to all relationships and marriage, in particular. Unfortunately offenses come as a part of our human experience with one another. Whether it’s intentional or not, those closest to us will offend or hurt us at some point. It’s inherent in the institution. And to try to avoid it would mean that we would have to stay isolated from human connection. It’s a risk we take when embracing the vulnerability necessary to have a meaningful relationship.

I think a fallacy in some marriages is that they expect to skip through the daisies without so much as a disagreement. That is not realistic and certainly not the reality of most couples. At the very least, we don’t expect to be hurt by our Honey. Unfortunately, though, there will be times of hurt and disappointment. However, you need to show up to play anyway. I’m not discounting transgressions but what I am saying is that your first line of defense shouldn’t be to retreat or wave the white flag. You should develop the attitude of an athlete and realize that marriage is a “contact sport” and you need to “go big or go home.” So talk it out, cry it out, get counseling, do whatever you need to do. But don’t give up, cave in or quit. Realize that sometimes you’ve got to play hurt because Marriage Ain’t for Wimps!

To Marriage with Love,

The Purpose of the Marriage Ain't for Wimps Blog is to offer a source of encouragement and insight to married or soon-to-be-married individuals. I believe in the marriage of one man to one woman. And as a Marriage Mentor & Coach, I will offer tried-and-true strategies to staying married successfully. This concept grew out of my frustration with seeing couples give up on their marriages. I've been married for 2 decades to my husband and everything hasn't been rosy, but we're committed to making it work and I'd like to encourage you to do the same. I welcome all comments and questions at Marriage@MarriageAintforWimps.com.

Also, visit my official website, www.InspiredSistah.com, where I inspire women to live on top of the world.